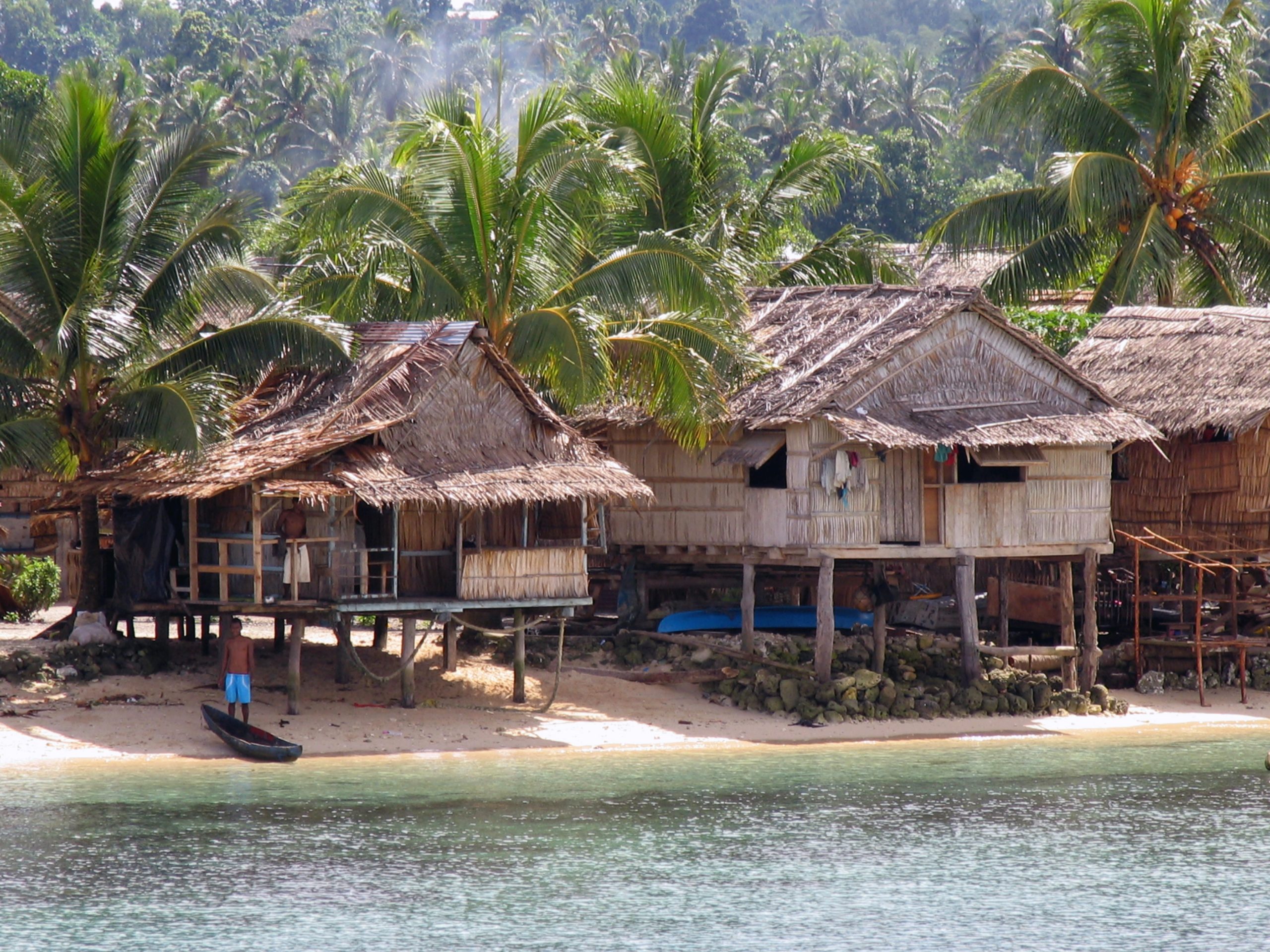 China has built up a track record of giving massive loans to small countries — loans that often end up enriching the country’s elites while burying the country’s “normal people” under crippling debt.

Have you ever heard the story of the rich businessman and the humble fisherman? It goes like this: The rich businessman goes up to the fisherman and starts telling him how he can make much more money if he borrows money to buy more fishing boats. Then he can work hard and buy more and more boats, later using his profits to build fish-packing factories and an airport to sell fish to the whole world and become very rich. “Then”, the businessman says, “after you become very rich, you can relax and go on expensive holidays to beautiful beach resorts, just like I am currently doing here”. The fisherman then looks around him, at his modest village and his children playing on the pristine beach and in the pure forest. He turns to the businessman and says: “Right now I can work at a leisurely pace and I’m surrounded by everything I love. Why would I work myself to death and destroy my environment, just to get rich so that one day I can escape from my polluted city to go and holiday on the same beach that I am now living on?”

In many ways the Solomon Islands have been lucky to escape industrialization. Apart from a few logging and mining operations, little is being done to turn the nation’s virgin forests and pristine beaches into industrial sites. The “rich businessmen” from the East and the West have largely stayed away from enticing the humble locals into selling their environmental resources for filthy lucre.

But now there’s a rich businessman called China knocking at the island nation’s door, and the nation’s prime minister is opening the door.

The president of the Solomon Islands, Manasseh Sogavare, was elected to office in 2019, and a few months later his government decided to formally recognize China instead of Taiwan. The nation’s planning minister at that time, Rick Hou, was sacked for accusing Sogavare of lying when he promised the government would “leave no stone unturned” in considering the pros and cons of the Taiwan-to-China switch. Hou said the decision was predetermined even before the review panels started investigating the pros and cons.

At the time, Hou said he feared that China would exploit weak laws and regulations in the Solomon Islands, saying that the nation’s institutions could be corrupted by Beijing and Chinese companies.

“The way they do business is anything but transparent and my greatest fear is this is going to really cripple all institutions of good governance and compliance law and order enforcement and [you] name it. All these institutions are going to be crippled by this,” Hou told Radio New Zealand after the decision.

Corruption often plays a part when governments give business deals to local or foreign business entities. The Solomon Islands seem to be no exception, with Transparency International reporting that 97% of the nation’s people think that corruption in government is a big problem.

One famous case of China getting involved with seemingly corrupt local officials to create big problems for the target nation happened in the southern European country of Montenegro. China lent a billion dollars to the small nation so that it could pay a Chinese state-owned company to build a road from its port of Bar to the capital of the landlocked nation of Serbia. Of the planned 170 km, just 40 km had been completed by June 2021, even though it was supposed to have been finished by May 2019.

At a billion dollars, that small stretch of road is already the most expensive road ever built, and it looks as if the rest of the highway might never be finished, as the loan pushed Montenegro’s debt to over 100% of its GDP. The project is mired in accusations of corruption, with critics saying that $400 million of the borrowed billion have been paid to Montenegrin subcontractor companies, many of which are owned by friends of president Milo Djukanovic.

Another shocking fact is that the Montenegro government of the time signed a loan agreement with the Chinese that stipulates that Montenegro “waives any immunity on the grounds of sovereign or otherwise for itself or its property” if it fails to repay the loan. On top of that, any arbitration on the matter would have to be done in a Chinese court. France24.com reports that several media outlets have speculated the wording of the deal could allow China to take control of territorial assets of Montenegro, such as the port of Bar on the Adriatic Sea.

The news outlet also reports that the Chinese construction company caused serious damage to Montenegro’s fantastic natural beauty, including many of its Unesco World Heritage sites.

A similar situation happened in Laos, where a Chinese loan agreement has left the country with massive debt over a Chinese-financed railway that is only partly owned by Laos. The deal was so imbalanced against Laos that it has led international creditors to downgrade Laos’ credit rating to “junk” status.

Another infamous case of China’s debt practices happened in Sri Lanka, where Sri Lankan officials borrowed $1.1 billion from China to pay China to build a port in Hambantota. The port saw little business and failed to generate foreign revenue, which is why a panel of experts rejected the plan from the beginning. Beijing then bailed out the port by having a Chinese state-owned company buy a 99-year lease for $1.1 billion — effectively giving China control of a large port right next to India’s southern tip.

Even critics of these deals admit that China cannot be blamed for being willing to borrow money to low-income and medium-income countries. However, it is striking how many of these loan agreements turn out to saddle the borrowing countries with crippling debt, while putting these countries at risk of losing territorial assets to China.

Moreover, the BBC reports that at around 4%, the interest on Chinese loan repayments are usually around four times higher than those from the World Bank or countries like France and Germany. The loan repayment period is also shorter, usually less than 10 years for Chinese loans compared to around 28 years for other lenders’ concessional loans to developing countries.

Chinese state-owned lenders also typically require borrowers to maintain a minimum cash balance in an offshore account to which the lender has access. If the borrower fails to repay a debt, China can simply debit funds from this account without having to go through a judicial process. Venezuela, for instance, has to deposit the profits from its oil industry in such an account.

With the new deals that the Solomon Islands are now signing with China, the people of the island nation now face the same risks. They would need to make sure they can trust the government officials who are negotiating behind closed doors with a superpower that tends to give massive loans to small countries — massive loans that often leave the people of the small countries with crippling debt that could take many decades to pay back, if ever.

If, like many analysts fear, China ends up building a Chinese military base on the Solomons, it would force China’s enemies to target the base with nuclear missiles, which would suddenly put the island nation in the global nuclear strike zone. 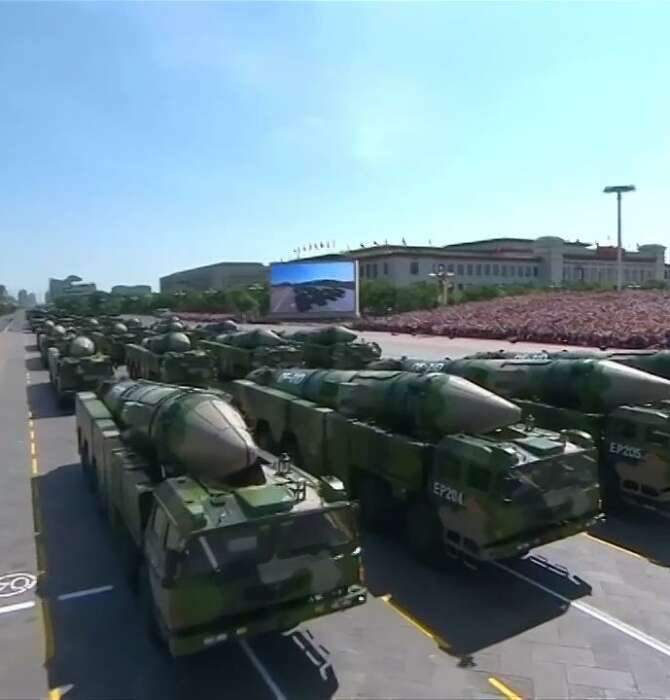 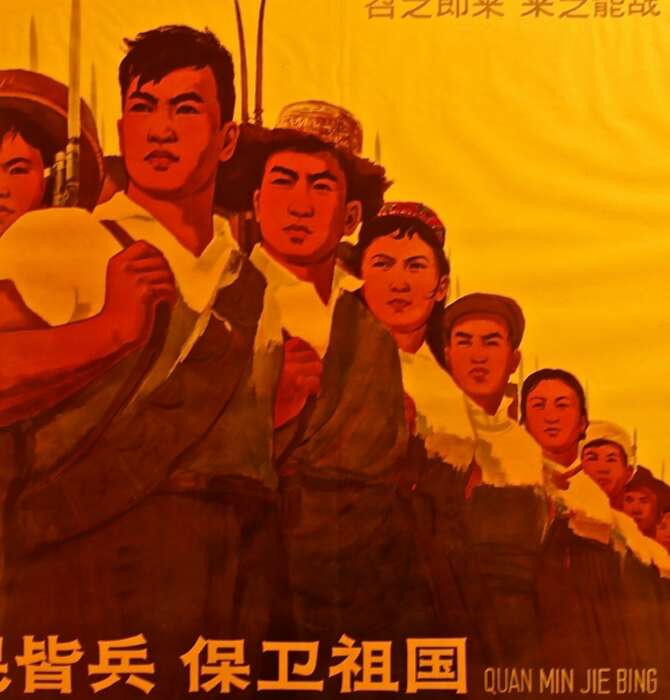