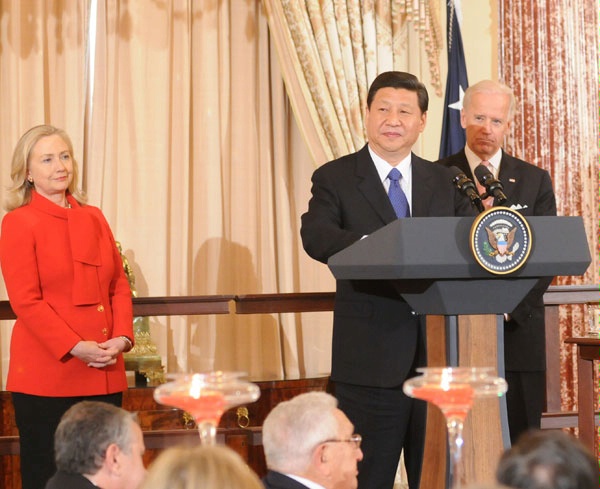 The Biden-⁠Harris Administration’s National Security Strategy has declared that the “Post-Cold War era” is “definitively over.” The U.N. is warning that limiting global warming to 1.5 degrees is slipping from sight. And that’s happening in the context of massive inequality, as well as exacerbating it. Is it a concern, then, that the two superpowers leading the world into that new era are functioning as gerontocracies?

Defined as “rule by elders,” the frame was popular in U.S. media portrayals of the ailing Soviet Union during the 1970s and 80s, and it has also been used as an important contrast in explaining the differing outcomes of the Chinese and Soviet reform efforts in the latter period. Now, though, while still short of the age average of 69 that the Soviet Union’s leadership group achieved in 1981, a comparable arrangement appears to be the fate of both the U.S. and China. The Chinese Communist Party announced the new makeup of its 20th Central Committee last week, and it reinforced the aging trend already present in 19th, with no members of the Politburo Standing Committee (China’s equivalent of the presidential cabinet) under the age of 60, and a leader in Xi Jinping aged 69, signed up for another five years at least. The U.S. presidential cabinet, meanwhile, is headed by 79-year-old Joe Biden, who says it’s his intention to run again in 2024, and the cabinet itself has an average age of 59. This is before we get to the prominent roles of 82-year-old Nancy Pelosi and 80-year-old Mitch McConnell, and the looming presence of 76-year-old Donald Trump.

The most obvious, physical-cum-psychological concerns around these age profiles — which on both sides extend more widely into the layers below cabinet — have been addressed in balanced terms by journalist Michael Tortorello. On average, cognitive abilities have been found to drop off dramatically post-70. But importantly, “neuroscience also tells us that the difference between individuals is often much bigger than the changes in one person’s brain through the years,” and “anyone who is running for the presidency, weathering the demands of the campaign trail and lengthy debates, is probably an outlier on the cognitive scale already.” Furthermore, according to Tortorello’s summary of the science, various forms of “wisdom” are a compensatory effect to the loss of some executive function.

However, there remains a significant counterargument to those counterarguments. If a large cohort of politicians is reaching 70 around the same time, the chances of one experiencing the more dramatic end of cognitive decline increases, and the case of Leonid Brezhnev’s time as general secretary of the Soviet Union provides a pretty major warning should this happen. Writing in a Moscow newspaper in 1988, the historian Roy Medvedev, cited at length by the Los Angeles Times, claimed Brezhnev’s 1976 stroke rendered him clinically “dead” but that “many people in his entourage who were influential but totally wallowing in corruption needed Brezhnev to appear from time to time in public as at least a formal head of state. They literally led him around by the hand.” Apart from anything else, the potential blurring of lines of authority in such a scenario is obviously dangerous. How would it play out in times of conflict or near-conflict, such as in any possible incident around the Taiwan Strait?

Other concerns are less dramatic, but equally serious, and complex. They can be split into three (intersecting and interacting) groups. One: Sensibility issues. Two: Issues around representation of other experiences and interests. Three: Issues around blocking out new ideas and people.

On point one: There is a mix of evidence. Older leaders are widely seen as more risk-averse, which has some backing in neurology, and has been reflected in a lack of willingness to “seize the opportunity” of new technologies, leading to a trend of lower productivity growth under them. However, studies have also found that “as the age of leaders increases, they generally become more likely to both initiate and escalate militarized disputes,” albeit with the type of regime they sit atop affecting results significantly. This form of rolling the dice has been attributed to working on shorter time horizons, though again, oddly, other studies (cited by the same paper as linked above) have found “leaders who are more risk-averse and more experienced are less likely to get involved in interstate disputes.” That makes conclusions difficult to draw here.

On point two, though, the patterns appear to represent a more obviously negative direction. The case is by now regularly made that older politicians have less of a direct interest in the future, and thus are overall more likely to support more short-term policies on climate. Older climate radicals exist (because again, none of this is about individuals, only broad trends), and so do other major factors. But, short of a definitive study of policy outcomes correlated with politicians’ ages, tepid movements toward net zero and longstanding poll trends that see older generations worrying less about climate change than younger generations are convincing evidence. As are individual polls like this one which show generational positioning as a more dominant factor than party political leaning. This isn’t promising, given China and the U.S. are together responsible for about 40% of the world’s greenhouse gas emissions.

On the same point, but more speculatively: Rather than age exactly, it can also be generational timing that forms both different opinions and interests — e.g. young environmentalists growing older are not giving up the cause, because the interest in saving the planet is no less fundamental. This is hard to prove outright, but having sets of older politicians whose political lives all began in the midst of the Cold War could, for instance, lead to a tendency to reproduce or overemphasize that framing even where it is no longer useful — or at least where it could be limiting if it does not interact with other, countervailing experiences. The documentary maker Adam Curtis floated this idea about mathematician John Nash’s work on Game Theory, emphasizing that it made more sense during the Cold War, and in the mind of a paranoid schizophrenic, to assume every actor was a rational one, while the same thinking was not as useful when applied to population-scale, market economics.

Finally, on point three: As Planck’s Principle (“science progresses one funeral at a time”) alludes to, rather than people changing their minds, changing practices are more often driven by changes in personnel, and almost by definition a gerontocracy postpones this process. This is a problem even in situations where interests are shared, as formerly useful ideas go out of date or become insufficient and are not replaced. Think of the earlier point about reluctance to embrace new technological innovations leading to low productivity growth, or an 84-year-old Orrin Hatch asking Facebook’s Mark Zuckerberg how the company made its money when Zuckerberg was supposed to be being scrutinized by Congress. Again, if we apply this to climate change — where the U.S. and China have the power to influence other countries’ behavior and lead change — it’s strong grounds for concern.

And there is a final spinoff issue here too, if the Soviet example can be drawn upon again. When the younger generations who will, eventually, take over, are cut off from acquiring top-level experience in the meantime, it can mean that they and their new ideas come in very suddenly, rather than having time to be bedded in and adjusted one step at a time. Vladislav Zubok, a top Soviet historian at the London School of Economics who grew up in the Soviet Union, previously told Insider that in the late Soviet Union “Gorbachev’s lack of experience created within him the impression that he was there to change history and made him more willing to take risks. He began to experiment without sufficient knowledge of how these experiments might backfire but with great idealism. And that did become a central factor in the demise of the Soviet Union.” As with climate change policy, then, short-term stability or avoidance of action can beget medium and long-term instability.

So what can we take from this mixed bag?

Clearly, to some extent, what one views as a good outcome and a bad one is subjective, which makes any definitive conclusion about gerontocracy’s prospects difficult to attain.

Additionally, even when we can tie down patterns, some of them work in contradictory directions (pro and anti-stability) which adds to the difficulty. But if there is a useful through line, it is that the idea of gerontocracy representing a “safe pair of hands” in a world where many people have become averse to risk, is complacent. And specifically on climate change, it seems a way of deferring decisions now, while the world changes regardless — which then risks limiting the possibilities and warping the types of more radical change which inevitably take place later on.

Unfortunately, for anyone who does view gerontocracy as a potential problem on those terms, in both China and the U.S., it’s not easy to fix — though for different reasons. In the U.S., population-wide demographics mean that larger cohorts of older generations carry more weight than younger generations in elections, and the prohibitive costs of successful campaigning are also difficult to attain for younger candidates with less time to build up networks (hence extremely high reelection rates). In China, most experts viewed Xi Jinping’s recent Central Committee appointments as consolidating his existing power, with the soft norms of certain term limits ignored. Short of fantasies about coups, it certainly seems from the outside that if he doesn’t want to retire, he won’t.

And one last piece of bad news. The opposite of a gerontocracy is a paedocracy, which probably requires a serious rebrand if anyone’s going to campaign for that form of pushback. 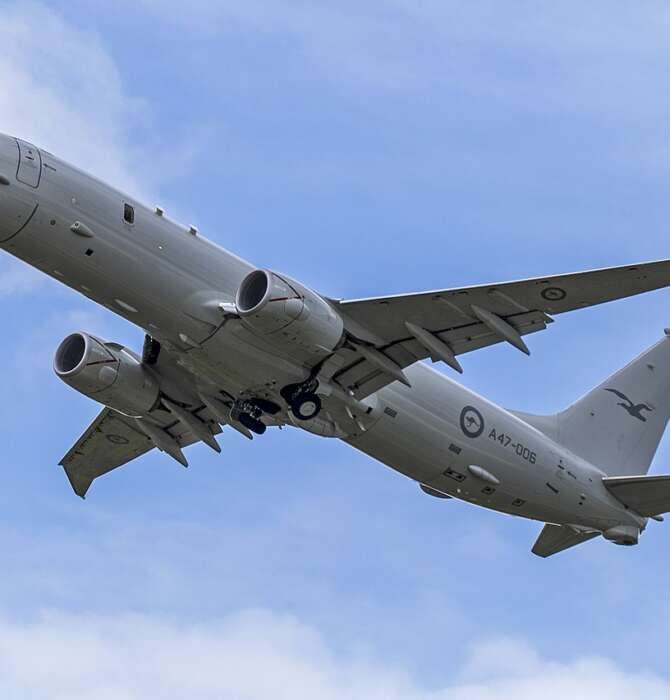 Is Australia in Danger of Becoming the U.S.’s ‘Deputy Sheriff’ in the South China Sea? 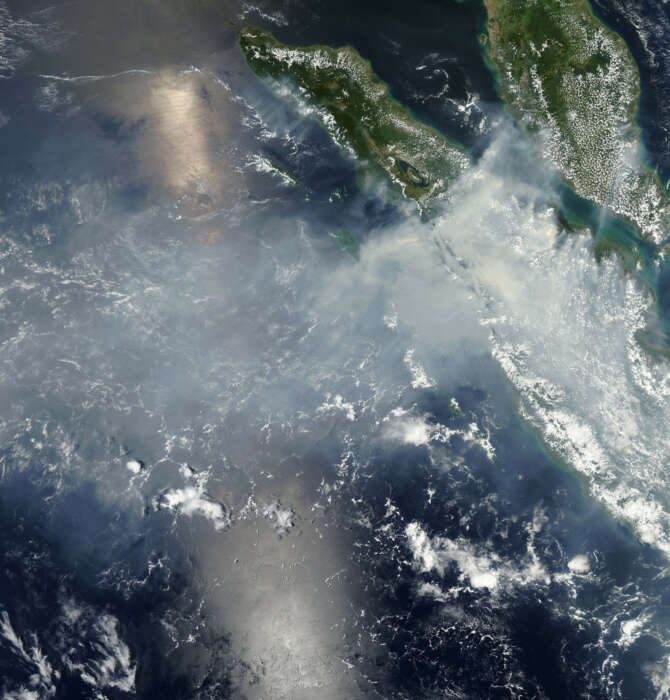