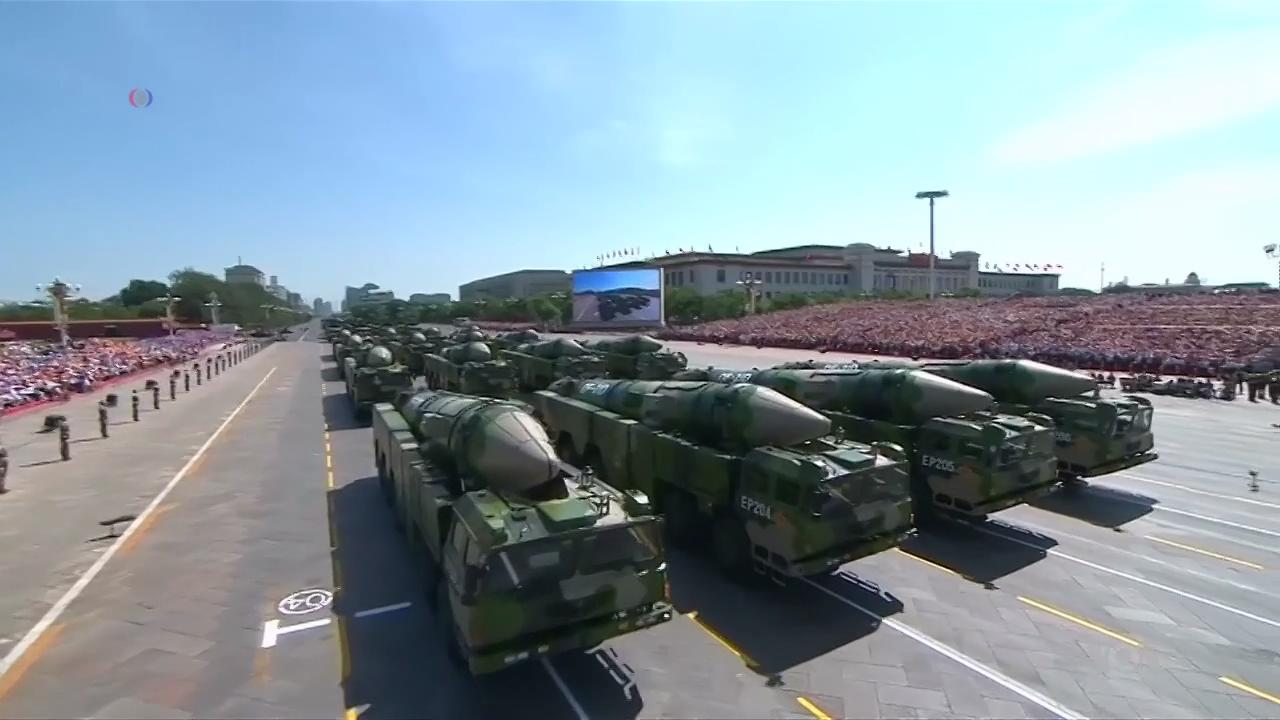 Much has been said about China’s two models of anti-ship ballistic missiles (ASBMs) in the past few years. The DF-21D and DF-26B are supposed to be able to launch from China, fly into space, then drop down to Earth to hit fast-moving U.S. aircraft carriers with large warheads.

China’s state-owned media says both missiles can achieve these amazing feats with ease, but anyone who doesn’t trust everything a propaganda machine says would look more closely at the claims.

China claims both these missiles are road-mobile, solid-fuel ballistic missiles. These claims are likely to be true, and solid-fuel missiles are known to have a number of advantages over liquid-fuel variants, requiring less maintenance, being able to launch faster, plus having increased service life and mobility. We have seen proof of these missiles launching from ground bases into space, and there’s good reason to believe they can hit stationary targets with relative accuracy.

However, all claims that the reentry vehicles of these systems can handle the physics of reentry (violent shaking, extreme heating, shock waves and radio interference) while also finding a speeding carrier on the ocean below, are so far without proof. Authoritative information sources like the CSIS’s Missile Threat website use words like “reportedly,” “likely,” “may have” and “according to Chinese reports” when describing the purported capabilities of the missiles.

The only “proof” given was when China said it fired one of each at a point in the South China Sea in August 2020. Missile Threat says one of the missiles “reportedly struck a moving ship,” citing a South China Morning Post article titled “China’s ‘aircraft-carrier killer’ missile successfully hit target ship in South China Sea, PLA insider claims.” U.S. intelligence sources could only confirm that China had fired four — not two — ballistic missiles into the test site. A CSIS (Center for Strategic Studies) article about the incident stated: “Both weapons reportedly possess the ability to target moving ships, though live-fire tests against moving ships have not been publicly disclosed.”

Thus, there is no proof other than the claims of propaganda outlets that these missiles have the ability to recover quickly enough from reentry shock to track and hit fast-moving ships. There is also no proof that the compact warheads are fitted with sensors capable of tracking moving targets. So, there’s a high probability that this ability does not exist, and that it was simply claimed in order to intimidate Washington into not sending its carriers to help Taiwan if China launched an invasion.

Jan van Tol, a retired Navy captain and senior fellow on strategic planning at the Center for Strategic and Budgetary Assessment (CSBA) in 2013 said he doubted the DF-21D’s claimed capabilities were real. Acknowledging that he can use only unclassified information, van Tol said in an interview, “I have seen no stories of any kind that China has successfully tested the system, first, against any mobile targets; … secondly, mobile targets at sea; and thirdly, mobile targets at sea amid clutter,” meaning the various support ships in a carrier battle group. As explained above, Van Tol’s observation remains true to this day.

Even if these reentry vehicles could overcome the physical challenges required to hit a fast-moving carrier, there are many tools the U.S. can use to make sure they don’t. The U.S. can use anti-satellite weapons like lasers to blind the Chinese satellites that would have to find the carriers and then transmit their coordinates to the missiles’ targeting systems. These satellites would also be required to help reacquire their targets as they drop down from space, almost half an hour after launching. The U.S. simply has to blind the satellites, or jam the comms links between the satellites and the missiles, to throw the missiles off track.

The U.S. would also be able to track the ASBMs as they rise into earth orbit and as they fall towards their targets, thereby feeding early tracking data to the Aegis Combat System of the target fleet.

Then there is the impressive Aegis Combat System to contend with. This system links all the ships in a U.S. carrier fleet into a unified weapon, firing different missiles from each ship at targets it had designated. The Aegis system identifies each threat as it appears on its radar and then selects the most suitable missile on the most suitable ship to intercept the threat. As the Chinese missiles drop down from space, each one will be targeted by multiple air-defense missiles. These missiles could conceivably be programmed to attack incoming ASBMs in teams, to make sure nothing gets through to the ships below.

Just to make sure, the U.S. could also add one or more Aegis missile cruiser to each carrier fleet in the Pacific, thereby multiplying the number of air-defense missiles that can be fired by the Aegis system. It is also assumed that the U.S. military is developing software upgrades for their Aegis air-defense missiles, upgrades that would make these missiles even more effective at stopping fast-moving reentry vehicles. As another CSBA analyst said in an August 2013 report called The Evolution of Precision Strike: “It seems reasonable to assume that the US Navy is already working on countermeasures to further complicate the already difficult task of hitting a maneuvering warship at sea at long ranges.” 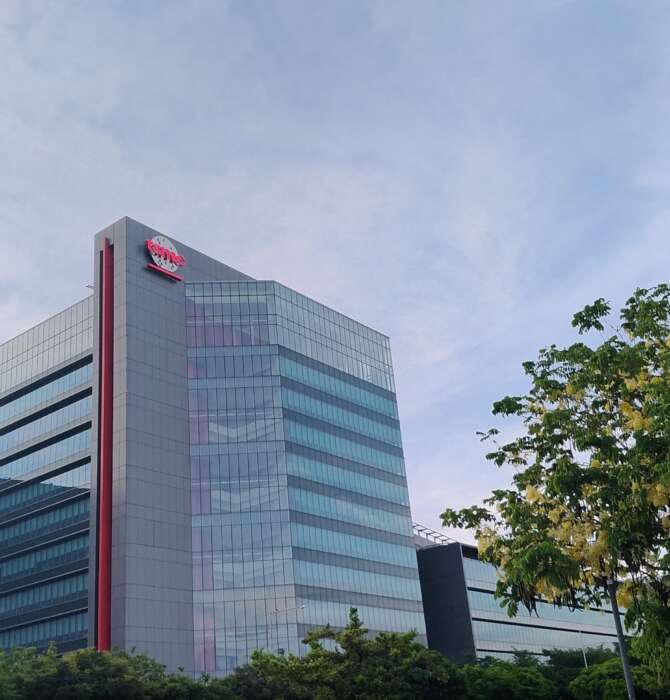 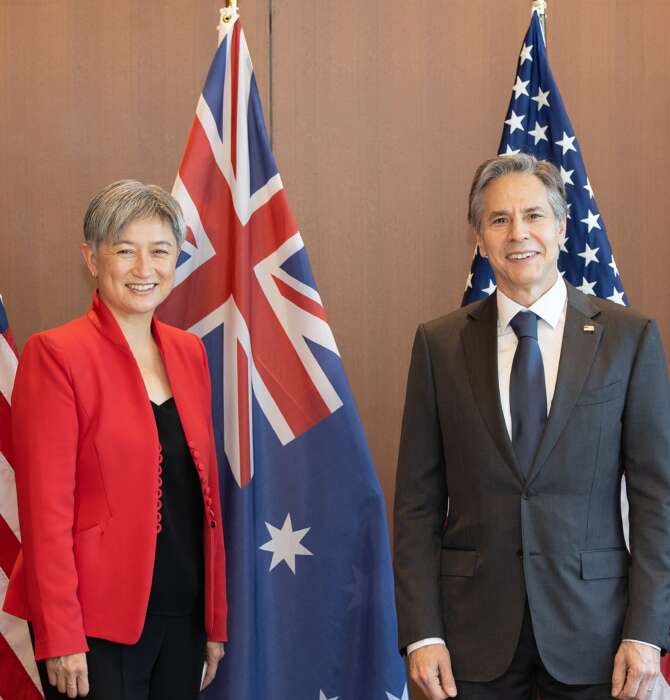