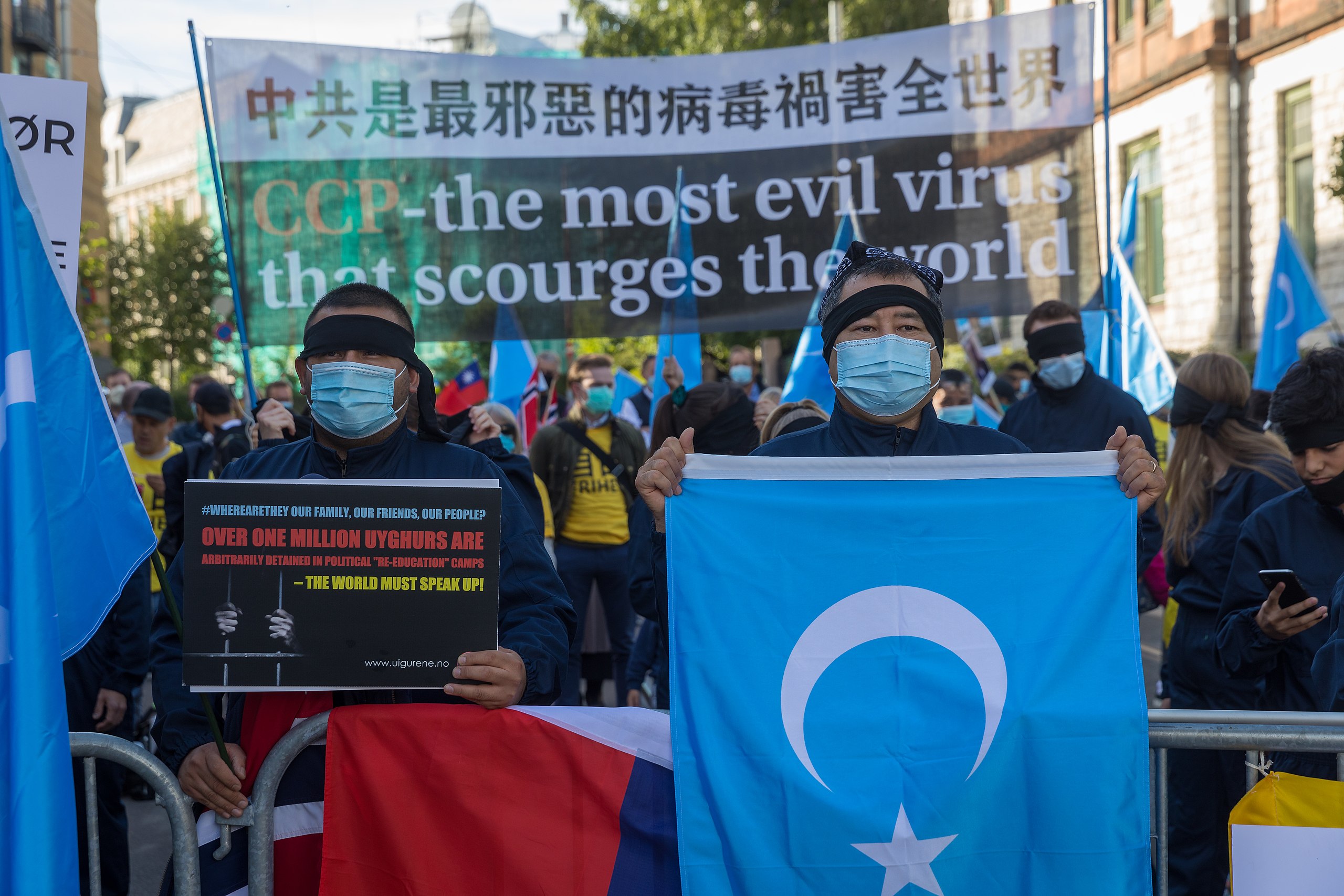 The long-awaited U.N. report into human rights abuses committed in China’s Xinjiang Uyghur Autonomous Region (XUAR) was finally published last week to a mixed reception. For some — principally the Chinese government — it went too far. Others thought it didn’t go far enough.

Many hadn’t expected the examination of abuses against Uyghurs and other mostly Muslim minority peoples, authored by U.N. high commissioner for human rights Michelle Bachelet, to see the light of day. And Beijing had made strenuous efforts to suppress the report, and influence its content.

But on August 31, 10 minutes before Bachelet’s tenure as high commissioner was due to expire, the report finally went online.

It is surprisingly strong in some aspects but decidedly weak in others.

I’ve been researching Uyghur communities and Uyghur-Han relations in Xinjiang for more than three decades, including many field trips. I submitted expert witness evidence to the Uyghur Tribunal, an independent people’s tribunal set up by former war crimes prosecutor Sir Geoffrey Nice QC at the behest of the World Uyghur Congress. Its summary judgment published on December 9, 2021 found that genocide, crimes against humanity and torture are being perpetrated against the Uyghur population in Xinjiang.

Reading the U.N.’s report, there much that is strong. It gives voice to victims, as reaffirmed by camp survivor Zumret Dawut, who described bursting into tears while reading it: “I felt there was justice, that there are people who care in this world.”

It finds that legal pronouncements from the Chinese government (PRC) “conflate what might otherwise be construed as matters of personal choice in relation to religious practice with ‘extremism,’ and ‘extremism’ with the phenomenon of terrorism.” This, the report says, has the effect of “significantly broadening the range of conduct that can be targeted under a counter-terrorism objective or pretext.” This echoes the findings of academic studies on the Xinjiang crisis.

The report also confirms large-scale arbitrary and discriminatory “deprivation of liberty” of members of Uyghur and other predominantly Muslim communities in so-called VETC (vocational education and training centers), at least between 2017 and 2019. It concludes that this “may constitute international crimes, in particular crimes against humanity.”

That use of “may” was read with incredulity by some. Nury Turkel, chair of the U.S. Commission on International Religious Freedom, declared: “This is genocide, these are crimes against humanity … it’s not ‘maybe,’ this is something that is already happening.”

There’s also a glaring omission. The U.N. report makes no attempt to measure genocide allegations made against Beijing against the criteria laid out in the U.N. convention on genocide (1948), despite several reports, legal opinions, scholarly articles and conferences on the issue.

This sits in stark contrast to the Uyghur Tribunal, which found beyond a reasonable doubt that the PRC had committed genocide on the grounds of the U.N. convention article 2(d): imposing measures intended to prevent births within the group.

There are a number of reasons why this might be so. One reason is that, according to news website Politico, the OHCHR team was still rewriting the report to accommodate Beijing on August 31. Politico cites an unnamed diplomat as stating that the section on forced sterilization was watered down during the final hours to avoid giving rise to claims of genocide.

Yet there is a growing scholarly consensus that genocide is the right word in this case.

The U.N. report, while not framing those crimes in the context of the U.N. convention, finds credible evidence for acts that meet the criteria. These include the arrest and imprisonment of prominent scholars, artists and intellectuals, which it said has had a “broader deleterious effect on the life of their community.” This contravenes article 2(c): “deliberately inflicting on the group conditions of life calculated to bring about its physical destruction in whole or in part.”

The report presents evidence of torture and gender-based sexual violence. This contravenes article 2(b): “causing serious bodily or mental harm to members of the group.” There was also evidence of the destruction of religious and cultural sites, corresponding to article 2(c).

There has also been a sharp decline in birth rates and rise in sterilizations in Uyghur-majority areas. The same decline has not been observed in areas where there is a majority Han Chinese population. This is a clear contravention of article 2(d): “imposing measures intended to prevent births within the group.”

No reference is made to Chinese state and academic documents that elaborate its policy of “population optimization” and the way it is carried out via forced sterilization and birth prevention in Xinjiang.

And nor does the issue of forcibly separating children from their parents appear in the report (beyond one brief sentence). This is a clear breach of article 2(e): “forcibly transferring children of the group to another group.”

One last area of weakness concerns forced labor, where the report finds only “indications” that labor and employment schemes “appear to be discriminatory” and to “involve elements of coercion.”

The U.N. report is nonetheless a significant turning point. It paves the way for, as World Uyghur Congress president Dolkun Isa put it, “meaningful and tangible action by member states, U.N. bodies, and the business community … Accountability starts now.”

Unfortunately, most of the report’s recommendations are directed to the Chinese government, which has reacted to it with fury, at least on the international stage. Beijing has asserted that the U.N.’s “so-called suggestions” are based on a “patchwork of disinformation” and prove that the OHCHR has become “the accomplice of the U.S. and some western forces against developing countries.”

There are precedents for independent international mechanisms to report on human rights, including U.N. commissions of enquiry, fact-finding and monitoring missions, and evidence-gathering bodies in case of future prosecutions.

But, relying on the U.N. itself for action, given Beijing’s allies and deep influence at the U.N. Human Rights Council, may prove insufficient.

An alternative route is provided by the International Court of Justice, as highlighted by the Uyghur Tribunal, which stated: “It is unfortunate that no efforts have been made by those [countries who declared China to be perpetrating genocide in Xinjiang] or other countries to have the issue dealt with at the ICJ, as might happen if a country had the courage to take the matter there.”

A second route would be for the International Criminal Court to open an investigation into PRC actions in Xinjiang in response to three evidence submissions by U.K. barrister Rodney Dixon QC.

Whichever route is taken, Nury Turkel is right when he says the position of the international community is now “untenable” and that the report must translate into “real action.”

Disclosure statement: Jo Smith Finley was one of nine individuals in the U.K. to be sanctioned by the Chinese government in 2021 for speaking out on the treatment of Uyghur people. 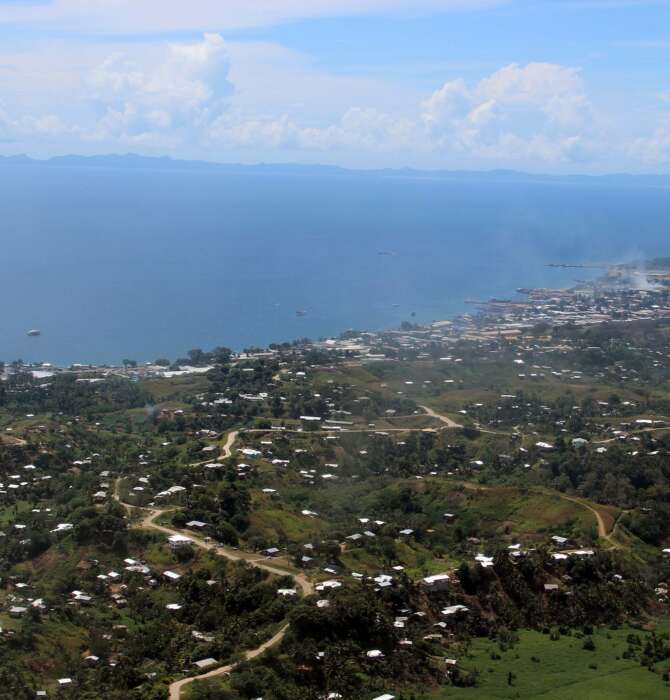 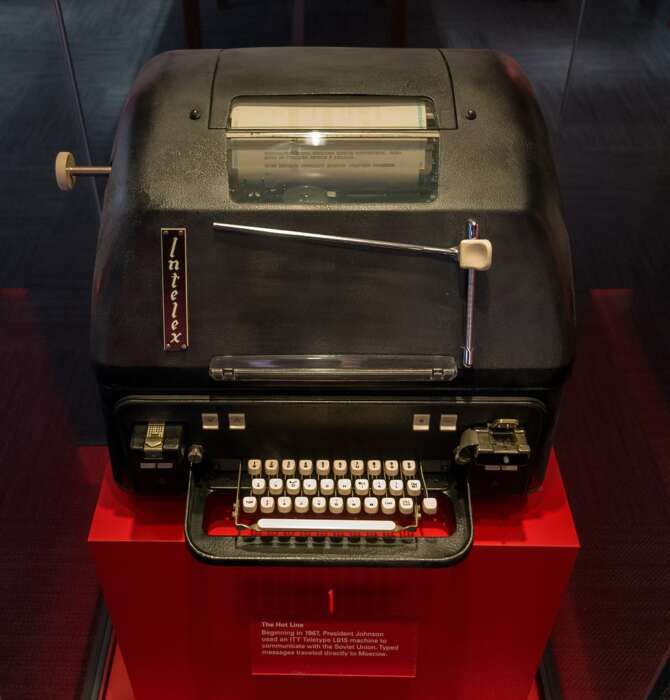 Is China Geopolitically Ghosting the U.S.?