Earlier this month, tech billionaire Robert Tsao made waves when he renounced his Singaporean citizenship to reclaim his Taiwan citizenship and move to Taiwan to “die in Taiwan and stand with its people.” The 75-year-old pledged to donate 1 billion NTD ($33 million) of his own money to train a civilian defense force with the skills required to counter an invading army.

Tsao founded contract chipmaker United Microelectronics Corp. (UMC) in 1980 and initially supported closer ties with China. He even went so far as to move to Singapore and become a Singaporean citizen because of his frustration over regulations that limited UMC’s ability to invest in China. Now, Tsao says China’s crackdown on democracy made him wake up to the fact that there can be no compromise with the Chinese Communist Party.

The retired billionaire says he wants 600 million NTD of his donation to go toward training Taiwanese civilians in combat skills, with the remaining 400 million NTD to be used to train civilians to shoot accurately. To garner media attention for his plan, Tsao spoke at press conferences while dressed in a bulletproof vest and helmet.

His actions do seem to be directed at a real problem. Taiwan lacks a robust system to teach the basics of combat skills to citizens who did not undergo military training, while reservists complain that their occasional training weeks are not very useful. And Taiwan has some of the world’s most restrictive gun ownership laws, so essentially only civilians who underwent military training know how to load, cock and fire an assault rifle — let alone how to operate it safely when moving in a group.

If Tsao could help Taiwan’s citizens to get training with the type of assault rifle they would be handed in a time of war —  if such weapons were even available — it would greatly increase Beijing’s risk assessment for any invasion plan. There is a huge difference between a civilian who has never fired a gun and a civilian who has some experience with the ins and outs of safely operating and accurately firing a modern assault rifle.

With a well-prepared training course, a civilian can be given vital access to an assault rifle, shown how to load bullets into the magazine, shown how to clip the magazine in and out, and shown how to chamber a bullet with the cocking lever. The civilian can then be shown the best body positions for firing, how to hold the gun for maximum effect, how to open the gun eye and close the inside eye, how to acquire the “target picture” and relax breathing before firing.

The “target picture” is when the shooter lines up his shooting eye with the gun’s back and front sights so that the target is lined up perfectly with these three points of reference. It is the essence of taking perfect aim, and the opposite of shooting the gun blindly and ineffectively.

There is surprisingly much to be learned about firing a gun accurately, but a lot of that can be taught in a few minutes, while another hour or so would be required for repeatedly practicing the drills and repeatedly shooting the gun.

Once the civilian has gotten used to the shocking explosive force of the gun, the anxiety-inducing fear of pulling the trigger and experiencing the kick of the weapon, and the importance of always acquiring the “target picture” before pulling the trigger, then that civilian has become a lethal asset to a defending nation. Add to that the ability to safely operate the weapon in a group, and you are talking a real ability to kill large numbers of enemy troops during the initial chaos of any theoretical invasion.

At the very least, when confronted by a small band of civilian guerillas who are laying down accurate fire, an invading unit would be forced to hunker down, slowing its advance and thereby allowing time for regular units to intercept and destroy the invading force.

Image: Chien Chih-Hung, Office of the President of Taiwan 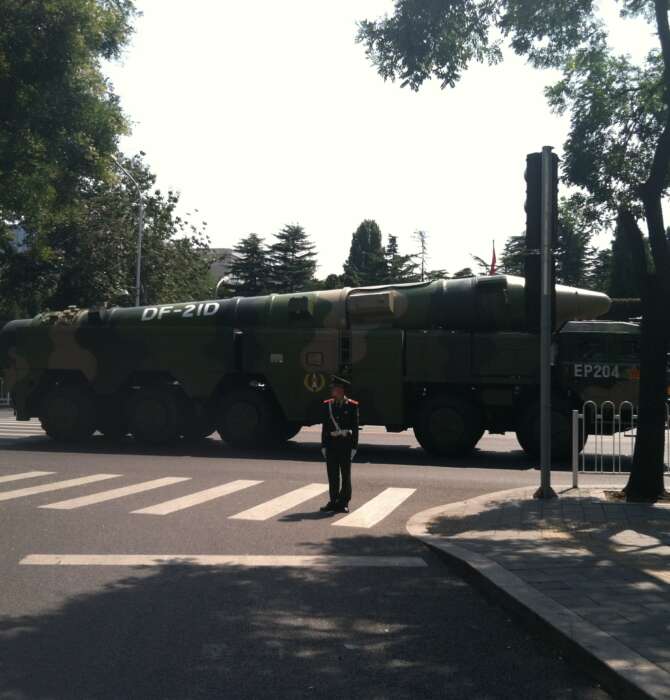 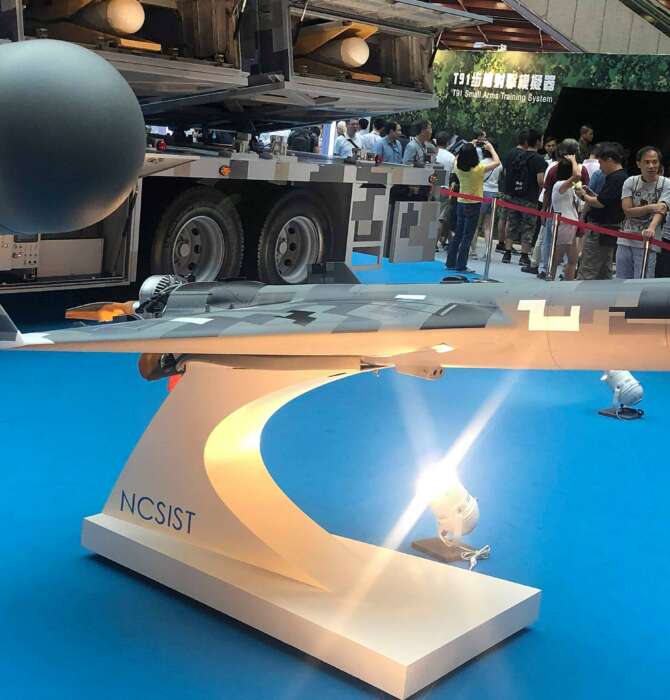 Taiwan’s Kamikaze Drone Is Designed to Deceive and Kill