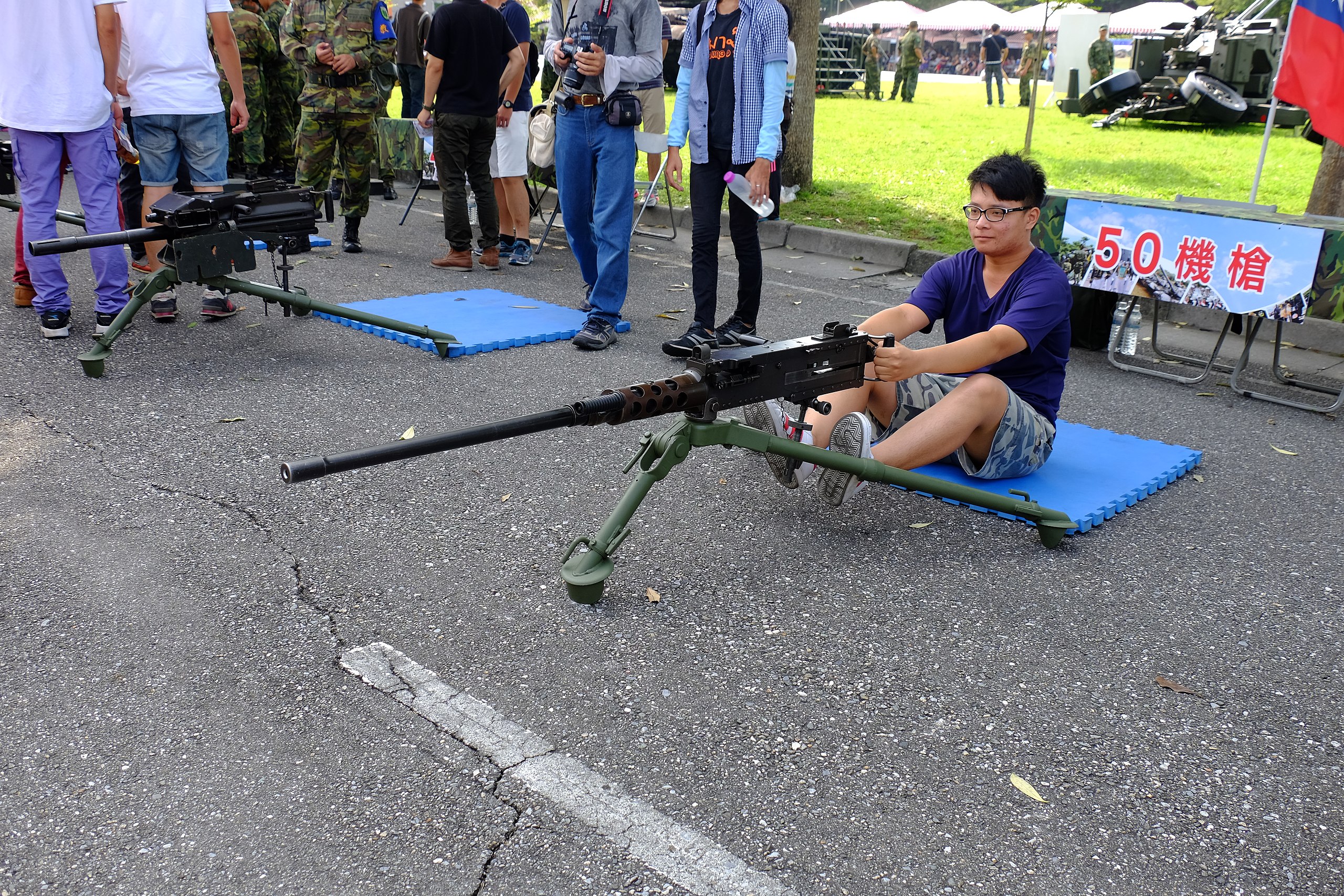 A well-trained and organized civilian insurgent force can’t defeat a large invasion force, but it can convince enemy planners that any invasion will be protracted and expensive.

Over the past few years, it has become painfully clear that time is running out for Taiwan to prepare a realistic plan to repel a possible Chinese invasion. Storm clouds are gathering. It’s time to get serious about survival.

It’s increasingly obvious that Taiwan can’t compete in an arms race with its giant neighbor. It is therefore necessary for Taiwan to get creative and think outside the box. Analysts believe the only obvious direction to take is to prepare for asymmetric warfare — to buy large numbers of small weapon platforms that can be widely dispersed, can be easily hidden, can survive missile and bombing strikes, and can be used to kill airplanes, tanks, ships and perhaps even incoming missiles.

Ukraine has proven how successful such asymmetric weapons can be. The nation’s military used relatively cheap shoulder-fired missiles like Stingers and Mistrals to shoot down a large number of Russian jets, helicopters and drones. They used sophisticated shoulder-fired anti-tank missiles like the U.S.’ Javelin, Britain’s NLAW and Germany’s Panzerfaust 3 to devastate Russia’s tanks and APCs. Currently they are also using highly mobile American HIMARS launcher trucks to quickly fire precision guided missiles at faraway targets before sprinting to a new firing position — thereby making it very hard for Russia to calculate their positions and hit back. Ukrainian forces are also using medium-sized military drones and modified small commercial drones to spy and drop small warheads on unsuspecting Russian troops, thereby causing fear among those troops and lowering Russian morale.

The Ukrainian defense forces have shown how effective these small, mobile, easy-to-hide, highly survivable systems can be to stop a large invasion force in its tracks. After scuttling its only large warship to avoid it falling into Russian hands, Ukraine also managed to sink some of Russia’s warships with asymmetric systems — many analysts believe Ukraine used land-based guided missiles and drones to destroy Russia’s Moskva missile cruiser and a number of smaller warships.

The other important part of asymmetric warfare that Ukraine’s resistance highlighted is the importance of mobilizing a large civilian force to support regular military units. Ukraine created the Territorial Defense Force (TDF) to give Ukraine additional fighting power. The TDF is composed of over 100,000 civilian men and women from all walks of life who are committed to defending their cities and neighborhoods.

Analyst Michael A. Hunzeker, assistant professor at George Mason University’s Schar School of Policy, says Ukraine is offering a master class on how a small nation can resist a giant invader if it has the resolve. But he added that Russia remains relatively undeterred because capability matters too. “Deterrence rests on the strongest possible foundations when a people’s willingness to fight is matched by its ability to do so in a way that credibly threatens a would-be invader with unacceptable costs and pain.”

In the case of Taiwan, Hunzeker says that although territorial defense cannot defeat a large-scale invasion, it can take a rapid, “fait accompli” victory off the table by ensuring the subsequent occupation will be violent and prolonged. He believes if Taiwan can give rigorous and realistic training to a civilian volunteer force — on the ground they would be expected to defend — it would send a powerful message to the Taiwanese people that they have a role to play in providing for their own defense. In this way he says a TDF type of force could further reinforce a sense of national identity and resolve.

Currently, Taiwan has an active force of 188,000 military personnel, with another 2.3 million in its reserve force. These reservists have received months of military training, and are called up for refresher training periodically. However, analysts have complained that the refresher courses and training in general have been getting more useless over the years, which also lowers the nation’s morale. This needs to be turned around as soon as possible, while Taiwan also needs to urgently create a robust training program for a civilian insurgent force similar to Ukraine’s TDF.

Hunzecker recently wrote an article with the previous Chief of the General Staff of Taiwan’s armed forces, Admiral Lee Hsi-min (now retired), who developed Taiwan’s blueprint for asymmetric warfare. In the article they argue that Taiwan’s version of the TDF should be trained as teams in the areas where they live. They should know how to use assault rifles, MANPADS missiles, anti-tank missiles and improvised explosive devices effectively. If possible, training should also be given in how to use civilian drones to spy on enemy forces or drop small mortars on those forces. One major difference from reservist units would be that each team member would get training in only one of the team’s weapon systems, thereby reducing training time and increasing each system’s lethality.

As many as possible of these systems should be provided to each team. Little time and money should be spent on uniforms or neatness, as these would cost too much. All attention should be focused on providing the essentials for team action, down to details like satellite phones and generators, as the enemy would probably cut all power and internet systems.

The insurgent teams should never engage military forces directly. “Instead, at the first sign of invasion, territorial defense force troops should report to their assigned muster stations, collect their gear, and go home. As the invasion unfolds, territorial defense units should allow the attacker’s leading assault units to pass before conducting mobile, hit-and-run missions to wreak havoc on logistics convoys, supply depots, command posts and early follow-on forces, especially those that arrive in lumbering cargo jets. If units of the People’s Liberation Army succeed at taking one or more urban areas, territorial defense units transition to form the backbone of a prolonged insurgency.”

Hunzecker says all civilian volunteer groups should be molded together into one TDF that is completely controlled by the Ministry of National Defense. “Insurgencies are rarely spontaneous. Tough training and clear organization are essential to overcome the collective action problems — and the raw fear — that will deter civilians who might otherwise be willing to fight.” He therefore says the TDF should operate as a separate arm of the ministry, and that it should have an equivalent status to the army, navy and air force, along with an equivalently ranked commanding general. Such a structured approach would greatly increase the potential efficiency of the force and therefore act as a real deterrent when enemy planners have to calculate the risks and cost of war.

Ukraine has shown that if a government spends enough time and money to create a dynamic program to equip and train a civilian volunteer force, the results could be much more effective than large weapon systems that cost a lot of money and have little chance of surviving the first few days of war. In Taiwan’s case, it is expected that a guided-missile barrage would be followed by airplane bombardments and airborne troop assaults. This means that Taiwan would likely need shoulder-fired anti-air missiles (MANPADS) more than anti-tank missiles, especially in the first days of the conflict.

Taiwan would probably get a lot of value for money if it focuses on fielding many MANPADS teams that can blunt both the airplane bombardment phase and the airborne-troop assault phase. If these teams can bring down enough ground-attack jets, bombers, paratrooper planes and troop-carrier helicopters in the first days of a theoretical invasion, it might even force Beijing to cancel the amphibious landings and call off the invasion.

Analysts believe time is running out and Taiwan’s generals need to drastically up their game. Taiwan’s military needs to reboot its energy and start to focus on buying the tools needed for Taiwan’s only realistic plan to survive a body blow for long enough to give its allies time to swoop in on the enemy’s flanks. That “only realistic plan” is called asymmetric warfare, and it includes the creation of a well-trained territorial defense force. It also includes the urgent upgrading of training of Taiwan’s main and reserve forces, which have been criticized for poor morale and inadequate levels of preparation. It’s time for Taiwan’s generals to take the lead and show Taiwan’s friends and enemies that Taiwan is serious about fighting back and defending itself. 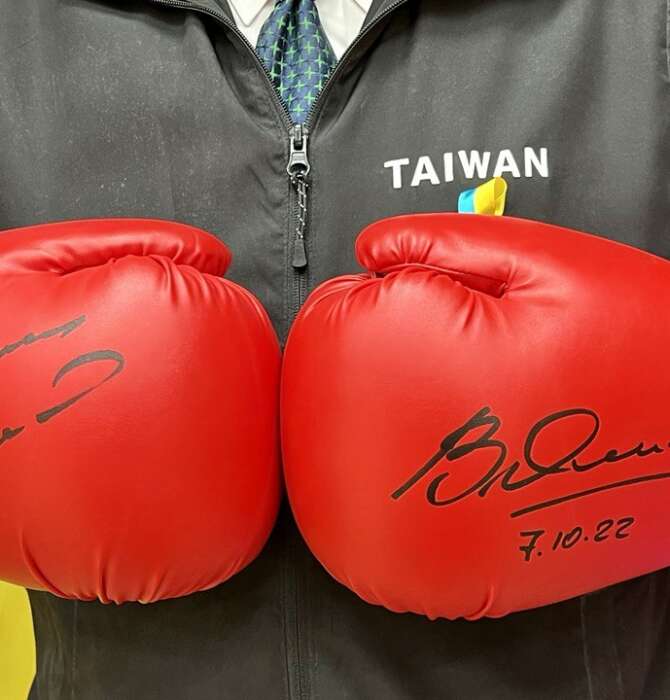 What Does Taiwan’s Twitter Diplomacy Stand to Lose From Elon Musk’s Takeover? 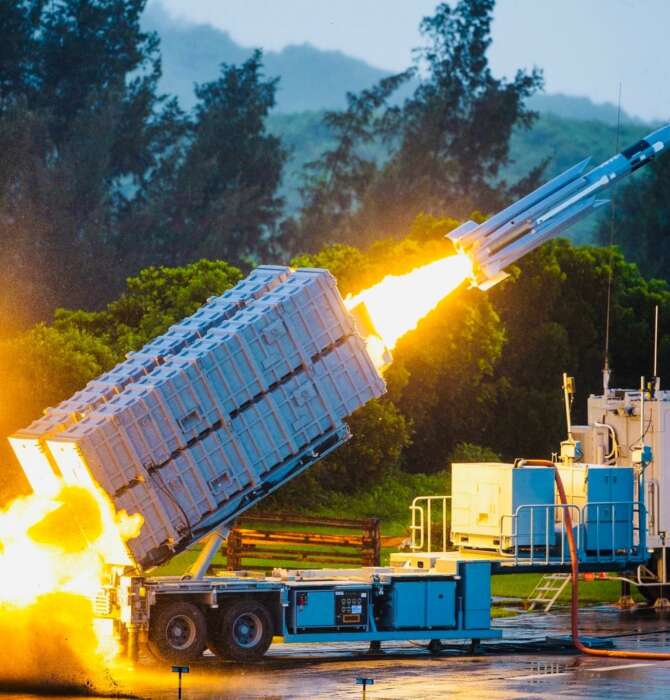